A huge range of flora and fauna can be found at Whitlingham Country Park, including magical butterflies, fascinating fungi and of course an abundance of waterfowl species.​
Local Nature Reserve
Whitlingham Country Park was designated as a Local Nature Reserve by the Broads Authority in 2009. To qualify for LNR status, a site must be important for wildlife, geology, education or public enjoyment. The LNR encompasses the Great and Little Broads up to the banks of the River Yare, Whitlingham Woods at the eastern end of the Park, the Picnic Meadow to the south of Whitlingham Lane, Trowse Meadow and Trowse Woods.

The Park has an important role in conservation and biodiversity of the Yare Valley overall, providing connectivity to other habitats such as Whitlingham Marshes. The overall management aim is two-fold: to provide a mosaic of habitats which support Broadland wildlife of varying levels whilst also offering green space to local people, visitors from farther afield and schools for education and recreation.  Certain parts of the Park are promoted for use by the public; other, more sensitive areas are restricted so that wildlife can remain undisturbed.
​
Wildlife species
Considering its close proximity to the city of Norwich, the park is a thriving zone for a variety of different wildlife species.

Birds
At the Great Broad, you can watch for swifts at the swift tower, look up to the sky for sparrowhawks or wander along the water's edge to hunt for dragonflies. Visit the conservation area on the Northern Shore to observe water birds including  geese, herons, cormorants and even kingfishers (as pictured above). Alternatively, head to Whitlingham Wood to see woodpeckers, treecreepers, nuthatches and jays.​
Mammals
Whitlingham is also home to a number of different mammal species both small and large, including bats, voles, foxes and even otters. If you want to brush up on your bat knowledge, the Norwich Bat Group meet for walks around the park throughout the year. There are also lots of wildlife events that take place with local experts.
Flora and fungi
The park is also fantastic for those interested in both botany and mycology (fungi). Fungi species you can expect to spot include Puffballs, Stinkhorns and various different Caps. Local naturalist James Emerson has an extensive list of fungi found in the Country Park on his website if you need some help with identification. 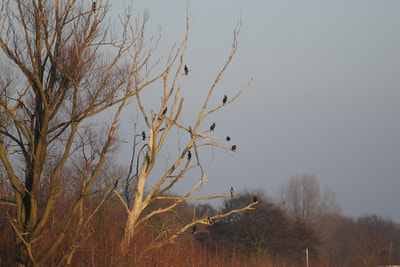 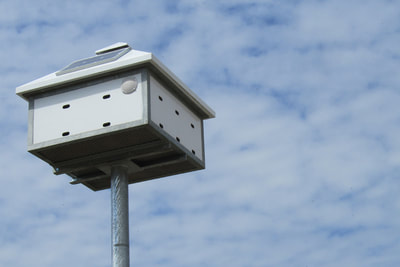